Observations of an Independent Holiday Traveller…Part 2 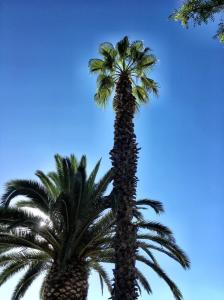 Having finished my sojourn through Europe with various short or long stays and a good taste of the hospitality industry on the continent I was ready to start my tour through the Middle East beginning in Amman.

I had always had a soft spot for Amman as it was instrumental in the direction my life took from my early twenties.  When I first arrived in Amman in 1976 the hotel where I worked was the only place in town of international standard and was famous for its 100% plus occupancy during the height of the Lebanese civil war when many expats fled the war and temporarily moved to Amman. Those were the days when 5 guests and more slept in a room…

Today the property has been extended and almost doubled in size. Over the years the hotel became the meeting place of the local ‘society’, and today the lobby is still the place people meet. The once so famous pool is still a parade of the beautiful people of the city, so really not much has changed.

What has changed is a young generation of hotel employees that are now fully trained and educated and with the natural friendliness of the Jordanians have turned into pretty good hospitality professionals. I was surprised at their level of professionalism and responsiveness. This was in stark contrast to many of the European hotels I visited. Gone was the ‘attitude’ of the European staff.  Maybe it was because the workforce are all locals and not an incoherent mass of different nationalities bringing their own ‘style’, ‘culture’ and attitude to work as was seen very clearly in France and Spain and to some extend in Vienna.

Today, the hotel in Amman is predominantly a business property as it always was and no longer has the “Holy Land Tours’ we had during my days when small US groups were shipped to Jerusalem from Amman.  There are some tourists around, spending the occasional day or two in town before moving on to Petra and Aqaba, but there is very little to see or do in the city. Traffic is still chaotic; pavements are a challenge so crossing the road is suicidal at the best of times. Taxis still like to ‘’negotiate’’ a fare and the now famous Rainbow Street off the 1st circle has every restaurant and bar you can think of. Life starts here after 7 pm when the locals walk or drive up and down.

I have to say the crowd is very colourful and you can see the covered up and the miniskirts all at the same time. Maybe that is the secret to Jordan, its acceptance of the differences in their society.

Following some quality time in Amman I flew to Dubai, a place we have all heard so much about, haven’t we… and nothing beats the reality of a world of skyscrapers, hotels, shopping malls, more hotels, ski slopes, ice-skating rinks and much more.

First impressions were how organized Dubai actually is, from arrival to getting around. A public transport system fully air-conditioned, even the tram/metro stops are cool and clean. The city has certainly got its act together and has become very tourist friendly, starting with the quickest visa upon arrival I have ever experienced.

I can’t stop thinking someone had a good look at Singapore….

My hotel was new, only open for about 14 months and it showed, so despite being an ‘’international chain” property and marketed with full 5 stars it had major flaws with its service delivery.

While the product was beautiful and certainly stunning in every respect, consistencies in the standards were missing across the board.

When I checked in I was given a room that smelled so badly of fresh paint that a headache came on in 20 minutes. When I asked to move, the friendly man at the reception said he will have to check why the engineering department released the room. The next day I left my room at 9 am and when I returned at 4.15 the room was not cleaned so I called housekeeping who sounded surprised to my request but did follow up promptly. When I checked in I was asked which newspaper I would like and we agreed on a local paper in the morning, 3 days later and the paper was not once delivered.

In summary, after my many years in the industry it is easy to see faults and while I travelled as an independent holiday traveller paying top dollar, I take the liberty now to list some of the major shortcomings from my 6 weeks on the road, shortcomings for which there are no real excuses…

1.       The biggest shortcoming was certainly from housekeeping – I noticed this in every property, small or large. Cleanliness was a major issue with mould growing in bathrooms, dirty cupboards, walls with spots and dried up liquid. In room details like refilling Nespresso coffee and milk, sugar was regularly ignored and after a 2 days stay I ended up without cups/mugs in one so called 5-star hotel in Vienna. One day turn down service was provided, and not for the rest of my stay. Sadly, mediocrity seems to be the new standard.

2.       Front Office – my check in experience was different in every property and although rooms were booked online through the hotels website I was asked different questions at every property; how long are you staying with us? which was obvious from the booking form; do you want a non-smoking room? (although I had requested when booking and it was confirmed even on my print out…) Are you travelling by yourself? – which was obvious because I booked a single room…

3.       Room Service: I was asked at my hotel in Paris to pay cash for Room Service so I called the manager on duty who did fix that ‘’instantly’’. That was a first for me, being asked to pay in cash for room service. He could not or did not want to explain why this was requested and apologized over and over and over…I eventually became afraid to walk through the lobby because he was so apologetic each time he saw me…

4.       A receptionist that kept me stunned…… At 7 pm I called the concierge asking if he could make a reservation for me at a well-known local restaurant for the day after tomorrow.

I was told – that is very complicated, you have to fill in a form and pay a deposit, which was no problem for us. In the end he said why don’t you call back tomorrow morning at 9.30am when the concierge is at work again…he was off work at 7 pm.

I had no idea concierges in Vienna work office hours only!

On a more positive side…

1.       Each property had outstanding (and free) WiFi that worked instantly. Thank goodness we are past the times when you had to log on and pay for each log on in hotel rooms…

2.       Beds were generally very comfortable with excessive choice of pillows, in one property (they had 5 anti-allergic pillows in the room for 5 different allergies) plus 6 pillows on the bed…the battle of pillows every night if nothing else…

3.       Hotels did provide almost unlimited bottled water free of charge in rooms in Europe and the Middle East which was a welcome standard.

4.       Laundry Services: Travelling for an extended period I used the Laundry Service in every property and Barcelona wins by miles in terms of ironing and quality of washing/dry cleaning.

5.       Access to Spa and Gym was free at all properties; some had fantastic facilities, some were rather basic. Gone finally are the years when you had to pay to access these facilities.

Last but not least, I still don’t understand why hotel companies asked for a review after your checkout when at the end you get a reply from an Assistant Front Office Manager that has been already posted zillion times before, simply copy, paste – why bother as a paying customer to write a review when you get a standard reply, might as well use my time to read a good book.

And for the curious reader, I’m happy to provide a list of my preferred hotels during the trip….