Is your job under threat from a robot? 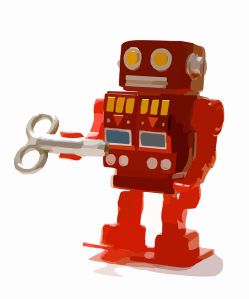 Advances in technology have seen robots replacing humans in a variety of industries over the past 50 years – that is a fact. Just a quick look at the changes in the automotive business and you can see the enormous upheaval to whole industries and communities that these changes bring.

… but surely we are pretty safe in the hospitality industry, aren’t we? Robot staffed hotels are a thing of science fiction, along with self-driving cars and mobile phones (Oh…).

Well, apparently not, as a robot staffed hotel has already been in operation since 2015 in Japan, whilst the second recently opened near Disneyland in Urayasu outside Tokyo. More openings are planned in 2017 and 100 more in the development pipeline by the owner HIS Travel.

The ‘Henn na Hotel’ in Nagasaki’s Huis Ten Bosch theme park opened in 2015 and has already welcomed more than 80,000 guests. You can have the somewhat bizarre experience of being checked in by a female robot clerk or by a robot dinosaur. The new property is staffed by 140 robots, handling tasks such as luggage delivery, floor and window cleaning and robots gardening. Each room has a robot that can answer your questions as well as control all of the appliances in the room, whilst facial recognition has replaced your room key.

The 100-room property has just 7 human staff, and as the technology continues to develop and improve, it is likely that more and more automation will be introduced into mainstream hotel business over the next 20+ years. Hoteliers will not need to worry about having multilingual receptionists, or handling complaints about grumpy and unhelpful staff 😊.

According to CNN, robots are now making an appearance in a number of hotels around the world. The Marriott hotel in Ghent, Belgium has a robot concierge that greets guests in 19 languages, and a similar robot concierge has been introduced at the Hilton McLean hotel in Virginia, USA, whilst Cruise line Royal Caribbean have cocktail making robots on several ships.

The Aloft hotel in Cupertino, California and the M Social in Singapore have delivery robots that handle guest requests such as extra towels, or morning coffee – staff just punch in the room number and off it goes…

Since labour costs are the largest expenses for most hotel businesses, I have no doubt that anything that can be done to reduce these, without reducing service levels, will be jumped on by hotel owners and major operators in the ongoing attempts to improve financial returns by trying to squeeze costs.

So, whilst it is unlikely that robots will replace all staff in hotels, watch out, as more routine and mundane positions are certainly in the sights of the robot…

For more information on robot hotels: –

Inside the Japanese Hotel Staffed by Robots

Why your next hotel will be staffed by robots – CNN

← The incongruous idea of abandoned hotels…
The Bold and the Beautiful…. an ode to the Executive Housekeeper →