Haunted Hotels Around the World 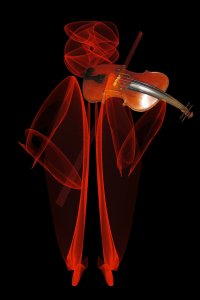 There is an unhealthy fascination with the supernatural in most societies. Somehow the unexplained, the idea of spirits or ghosts and the afterlife has a hold on all of us in some shape or form; you need look no further than most mainstream religion for starters…

Hotels, in particular, seem to have a special place in the heart of ghost lovers. Whether that is because of the influence of TV, movies and fictional stories or because, let’s face it, apart from hospitals, homes and motor vehicle accidents, hotels have more than their fair share of deaths! Maybe it is because we feel most vulnerable in our sleep, particularly in unfamiliar surroundings like in a hotel. Whatever the reason, haunted hotels have quite the reputation and in recent years have become big business for some hoteliers.

There are numerous stories of haunted hotels across the world and if you fancy an encounter with the unknown (although in our age of Covid-19 this sadly seems an everyday occurrence!), here are just a few to get you started…

Established in the 1830’s as a quarantine station for migrants coming to Australia, this famous site in Sydney’s national park has seen many hundreds of deaths, mainly through various contagious diseases such as Smallpox, Spanish Flu and Bubonic Plague. In recent years, the property was converted into a hotel, but rumours persist of ghostly sightings including those of nurses and grave diggers. They even have their own ghost tours of the site for those inclined to learn more…
https://www.qstation.com.au/
Daily Mail Article

The Chelsea hotel had many famous guests over the years, including Patti Smith, Madonna, and Andy Warhol but is now most likely remembered as the place where Sid Vicious (born John Simon Ritchie), bass guitarist for the punk rock band ‘The Sex Pistols’ died on the 2nd February 1979. He died of a drug overdose whilst on bail for allegedly killing his girlfriend Nancy Spungen at the same hotel. It is said that Sid & Nancy still haunt the halls of the hotel. It has been closed for a number of years despite attempts by the new owners to renovate and reopen the property.

This famous hotel has been a well-known stamping ground for celebrities for years, but it is said to be haunted by actor Montgomery Clift, often seen playing the trombone or reciting lines, and Marilyn Monroe seen in the mirror of her favourite suite…

The Langham was one of London’s first luxury hotels when built in the 1860’s and is said to have no less than five regular ghosts. Room 333 is a particular favourite and ghosts apparently include a German Prince, Emperor Napoleon 3rd, a doctor who killed his wife and then himself whilst on honeymoon, and a man with a facial wound that walks the hallways.

The Banff Springs hotel was opened in 1888 by the Canadian Railway company and over the years has welcomed many famous guests. Most renowned of these is a man who was said to have murdered his wife and daughter in room 873. Guests who subsequently stayed in this room reported terrible shrieks and screams in the middle of the night. Ghoulish interested resulted in the permanent closure of the room in the past. Other ghosts at the hotel include a ghostly bride and a former bellman.
https://en.wikipedia.org/wiki/Banff_Springs_Hotel
The Line Up Article

The Queen Mary was a well-known luxury cruise liner that operated across the Atlantic from 1936 to 1967, when it was purchased by the city of Long Island and operated as a hotel. It is reported to have more than 150 ghosts, most famously one of a sailor who was crushed by an engine room door and several children who drowned in the swimming pool. The hotel still operates and offers ghost tours to those who are keen…

Steven King’s book and film “the Shining” was apparently inspired by his stay at the Stanley Hotel. It opening in 1907 and has over 400 rooms in addition to large ballrooms, dining spaces and an underground cave system. Guests have often reported sightings of the hotel’s founder, Freelan Oscar Stanley, his wife Flora and a housekeeper named Elizabeth Wilson who died at the hotel in 1911. The sound of children running and laughing in the corridors and of Mrs Stanley playing the piano are notable, along with the ghost of a small child crying for his nanny in room 217.
https://en.wikipedia.org/wiki/The_Stanley_Hotel#Haunted_reputation
Out There Colorado Article

← Is it Time to Polish Up Your Resume?
Rebooting the Hospitality Industry… →